BURLINGTON CITY — The sudden defeat of the Republicans’ health care overhaul in the U.S. Senate won’t bring back Josef Pfeiffer’s father, who died after losing his job and his health insurance in 2003.

“He had a choice between paying the mortgage or for COBRA. He paid the mortgage, and then his cancer came back,” Pfeiffer said Saturday. “With the Affordable Care Act’s expanded Medicaid, we would have been covered.”

Pfeiffer shared his family’s story during a roundtable talk about health care with U.S. Sen. Cory Booker and New Jersey legislators Troy Singleton, D-7th of Palmyra, and Herb Conaway, D-7th of Delran, at the Southern Jersey Family Medical Centers on High Street, one of several federally qualified health centers in New Jersey that receive funding from the ACA.

While the 2010 law came too late for his father, Pfeiffer, who is a patient at the Burlington City clinic, said he takes comfort knowing that its insurance coverage standards and expansion of Medicaid to allow more lower-income adults to obtain coverage will endure for the foreseeable future.
“To go back from that? I think it’s really narrow-sighted to cut the essential services that people rely on,” he said.

The GOP’s seven-year quest to repeal former President Barack Obama’s health care law imploded last week after senators failed to pass any of the three versions of legislation the chamber debated to dismantle it.

The final blow came early Friday, when the Senate voted 51-49 to reject the so-called “skinny repeal” bill authored by Senate Majority Leader Mitch McConnell that would have kept most of the ACA in place but eliminate its unpopular tax penalties on people who don’t obtain insurance coverage or employers who don’t offer coverage for workers.

The bill was never intended to become law, but was written with the hope that Republicans would be able to advance it from the Senate to begin talks with the House on a possible compromise, final bill.

No Democrats voted in support of the “skinny repeal,” which was defeated after Republican Sens. Susan Collins, of Maine; Lisa Murkowski, of Alaska; and Arizona’s John McCain joined in the dissent.

At the roundtable Saturday, Booker and other participants cheered the legislation’s defeat, describing it as a major setback for President Donald Trump’s agenda and a crucial victory for Americans who have received medical care coverage thanks to the ACA’s reforms.

″(Trump) said on day one he was going to repeal ‘Obamacare.’ You see how that was such an outrageous proposition that even Republicans began to evolve,” Booker said. “I’m very glad we were able to stop it with three Republican senators stepping over and saying, ‘No, we’re not going to do that; it’s the wrong thing to do.’”

The senator warned that the fight is not over, a point Trump reinforced on Twitter on Saturday afternoon. He wrote, “Unless the Republican Senators are total quitters, Repeal & Replace is not dead! Demand another vote before voting on any other bill!”

“We still face a lot of challenges. One with Donald Trump trying to kill the Affordable Care Act by denying some of the basic aspects of the plan, whether it’s enforcing the individual mandate, cost-sharing resources or even stopping to advertise enrollment. We still have a lot of work to do,” Booker said, adding that he is hopeful a bipartisan solution to some of the law’s problems can be found.

“I see hope. This was a very good sign this week, and I hope it results in Democrats and Republicans crossing the aisle, sitting down and saying, ‘Hey, let’s preserve all these gains we’ve made, and let’s now address the things that are frustrating folks with the Affordable Care Act.’ That’s where I really hope we get back to.”

“Very relieved millions of Americans are waking up knowing they’ll still have health care. But now ALL of us must work together to improve the ACA,” Norcross tweeted Friday after the repeal legislation’s defeat.

Among the problems occurring in different regions are rapidly rising premiums and insurers fleeing some marketplaces. There are also still millions of Americans who are not insured through workplace or individual market plans or Medicaid.

Those issues won’t fix themselves, Rep. Tom MacArthur, R-3rd of Toms River, said Friday afternoon, expressing frustration and disappointment with the Senate’s failure to advance the legislation, something the House narrowly accomplished in May in large part because of MacArthur’s work to negotiate a compromise acceptable to conservative members.

“I’m disappointed. I think the Senate missed a real opportunity here, and I don’t know if we can recover from it,” he said, adding that he would still work to address health care problems.

“Premiums are still rising, insurers are dropping out, and there’s still 28 million uninsured Americans. We owe it to them to fix that,” he said. “I’ll work with anybody to fix this.”

To try to rein in costs and expenses, MacArthur said Congress might try to pursue tort reform or encourage changes to the traditional “fees for service” model of health care, which reimburses hospitals and doctors for the individual tests and procedures they perform rather than the quality and overall outcomes of the care they provide. MacArthur also said Congress might still try to make changes to bring down the costs of prescription drugs.

The former insurance executive predicted that special interests would fight those changes, and that bringing down overall costs would be harder with the Affordable Care Act still in place.

“I’m going to continue to work with anyone I can to fix real, systemic problems. But it’s going to be hard because the Senate accepted the framework of Obamacare,” MacArthur said. “They decided to accept what the Democrats did alone (in 2010), so it’s going to be harder to get at health care costs.”

Booker cited the story of Pfeiffer’s father and other patients at the clinic who said they struggled without insurance as further proof of the law’s benefits.

“Listening to the voices of New Jersey today — literally a young man saying his father died before the Affordable Care Act because he couldn’t get the kind of preventative care and support he needed for his cancer — that cannot ever come back to the United States of America,” he said. “So I want to improve the Affordable Care Act, not destroy it. I want to preserve the gains we’ve made and add to them, not turn the clock backwards.” 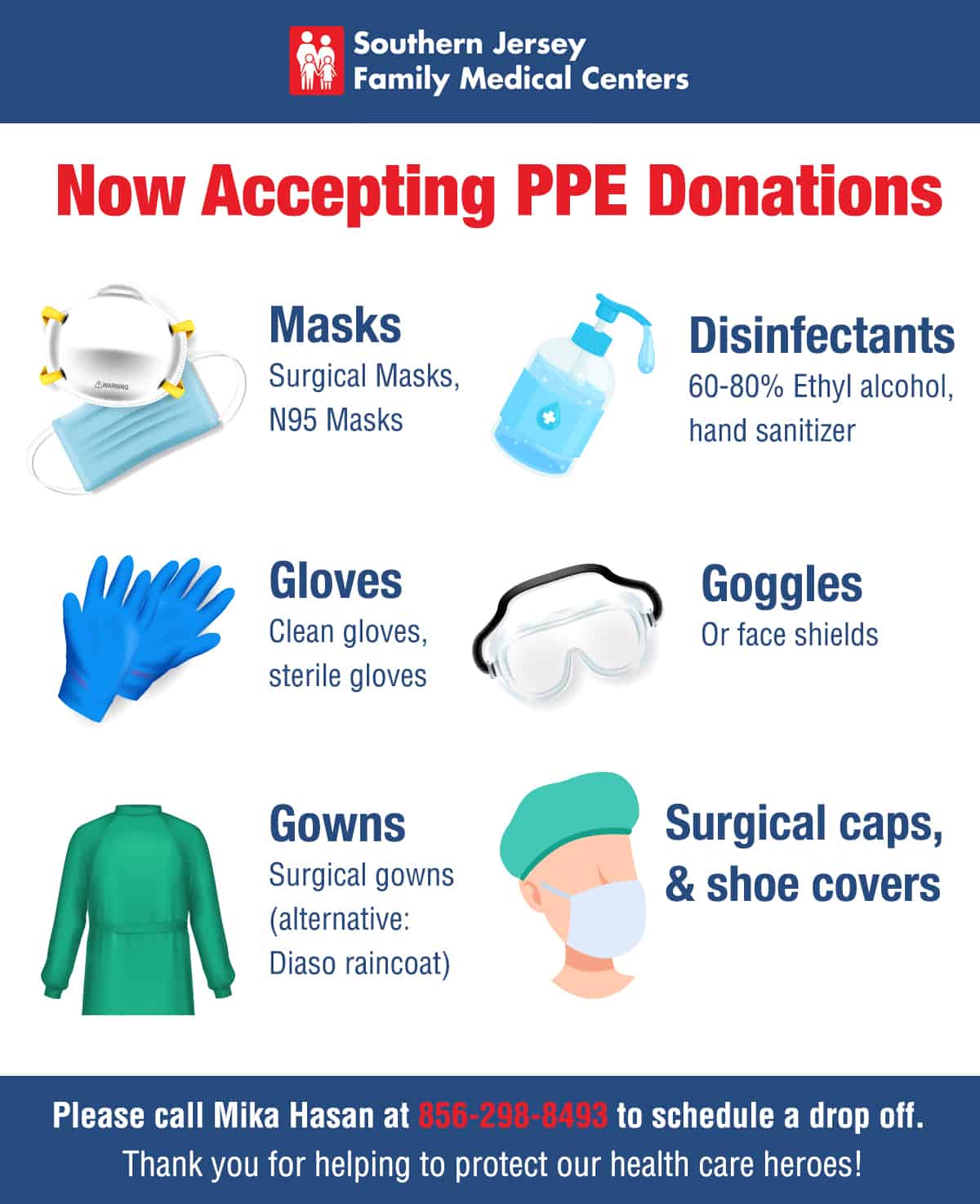